Easter seems like as good an excuse as any for a more modest resurrection, that of this blog. It’ll probably be quite some time before anyone notices, because who keeps visiting a “dead” blog? I often feel like the little daily dramas aren’t worth mentioning, and I procrastinate on doing an update, and before I knew it a year and a half had gone by.

Our sheepdog training has continued to the degree which I can afford and for which I have time. For the most part, things are pretty much same old, same old. But naturally, some things have changed. 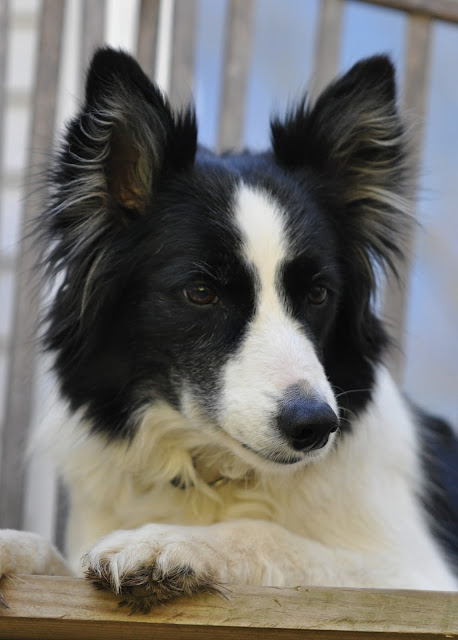 Now eight years old, Dare is easily my most trusted and most reliable dog—except at trials! We’ve certainly had our share of struggles along the way, even as recently as the NEBCA Novice Finals last September (2012). While I’ve resigned myself to the fact that she is usually quite nice in most situations other than a trial, at trials we seem to fall apart. We: yes, I take responsibility for some of the trial jitters, too. At the 2012 Novice Finals, things fell apart in a big way when Dare had a relapse of an old bad habit and chased a sheep, which ran into a fence. Fortunately the sheep was fine, but it was nauseating to have that happen. Bad enough for it to happen with a young dog, but positively sickening from a seven year old dog. She works so nicely at our “home” field, and generally quite well at other fields when we are at clinics or working with friends, so it’s not as much the challenge of different fields and different sheep at trials; it’s the entire atmosphere at a trial. 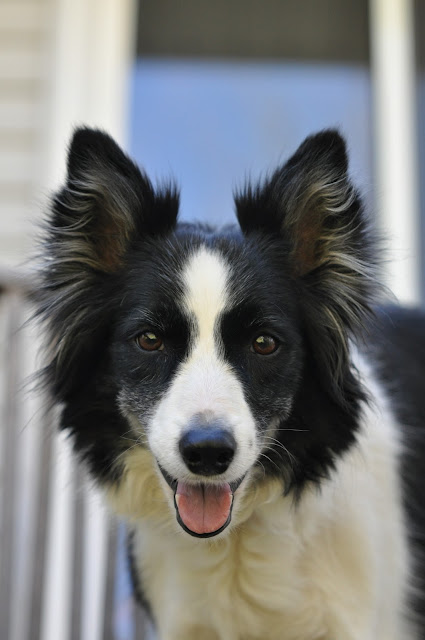 My instructor teases me and asks when I’m going to move up; we’ve been languishing in Novice-Novice for five trial seasons. I figure if we are so inconsistent as to not have pointed out in all this time—and if she’s still chasing sheep—then I don’t see that we are ready to move up. (In NEBCA novice classes, points are earned based scores awarded at trials. Dogs must move up when they have earned 30 points in a particular class level. They can move up sooner if they are ready.) At “home” we can drive a Ranch course (well, on our good days); we work on shedding, and small turnbacks, but I can’t get her to settle enough at a trial for a decent lift and fetch at a 100 yards or so. Good thing our trial results don’t impact my livelihood! Maybe this will be our year? After all, she’s slowing down, finally… 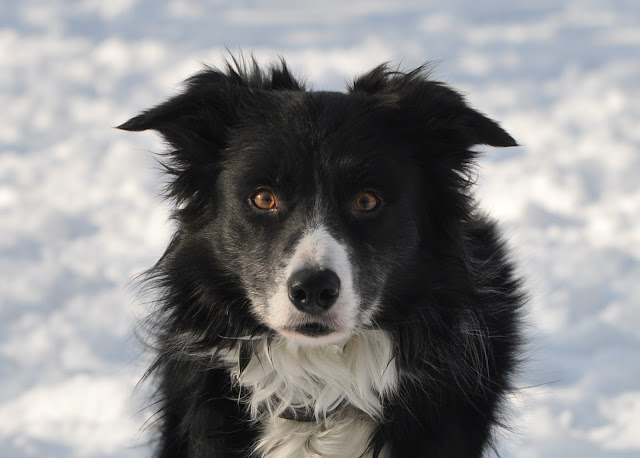 Branwenn is now five years old. In late 2011, I agonized over her, as she never really partnered up with me when it came to working sheep. At clinics, it was clear to me that these experienced handlers had the timing and presence to get far more out of her than I was ever able to. I considered selling her to either a work or sport home, if I could find a home that I felt very comfortable with, but I had to admit to myself that she doesn’t have the talent that a more an experienced handler would require in a dog, and the amount of handling she requires is not something most novices have. She’s capable of Pro-Novice work, and I would have happily gone on with her just enjoying what we were capable of—after all, I’ve got plenty of limitations of my own!—if only I’d felt that we were a team. 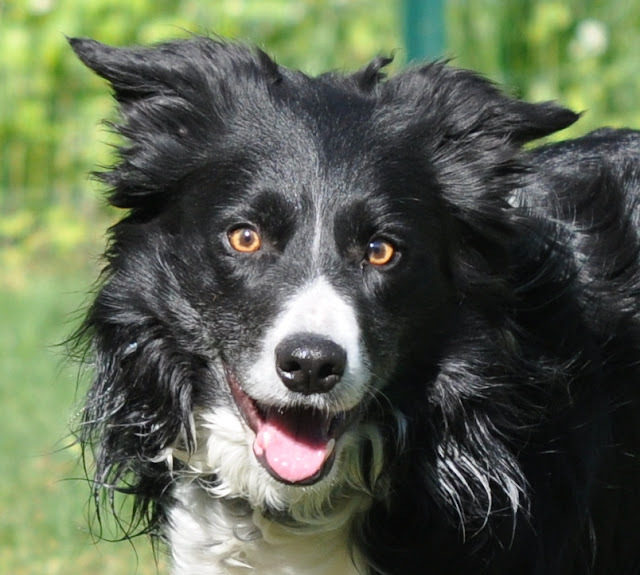 The decision to stop working her was extremely difficult, but ultimately, I think it was the right thing. I found myself too frustrated with her too much of the time on the field, which I’m sure contributed to her stress level. To be correct, she needs help from the handler, and she wasn’t willing to accept much help from me. As a result of her not taking my help, a moderately challenging situation could get really messy, and so she’d need to be corrected, which she’d generally blow off due to stress. What to do with the dog that needs help but won’t listen to the information being provided, and who earns a correction but can’t handle one? At any rate, I ultimately decided that even if we didn’t work sheep any more together, I truly love Bran too much to be able to let her go. Many dogs have happy and satisfying lives not working stock, and I know this is not the only activity that she enjoys. I have been giving thought to starting a new activity with her, but haven’t made any decisions on that yet. She remains my Sweetpea, and is far and away my most expressive dog. 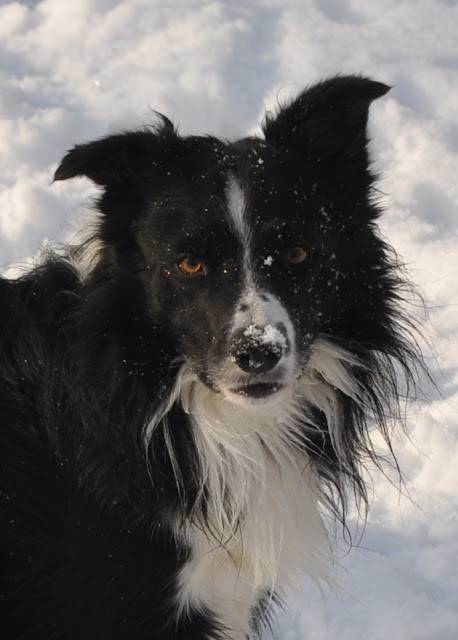 Seamus is technically Bran’s “nephew;” his sire Newby is out of Bran’s dam. Seamus and Bran share some traits, but the sheepdogging journey with Seamus has been quite different to the journey with Bran. He turned three years old in December, and he’s starting to become more thoughtful. Finally, progress there, although there’s certainly a long way to go with him. I’m trusting him more not to lose his mind under stress, and he is trusting me more to ask things of him which may be hard but which I believe he can handle. I’m also becoming somewhat better at how I ask for things or correct him when needed. And of course, as he slowly matures, he’s also more willing to do things at somewhat less than a thousand miles an hour. He still does nearly everything too fast, but there is improvement, and I’m very encouraged by it. 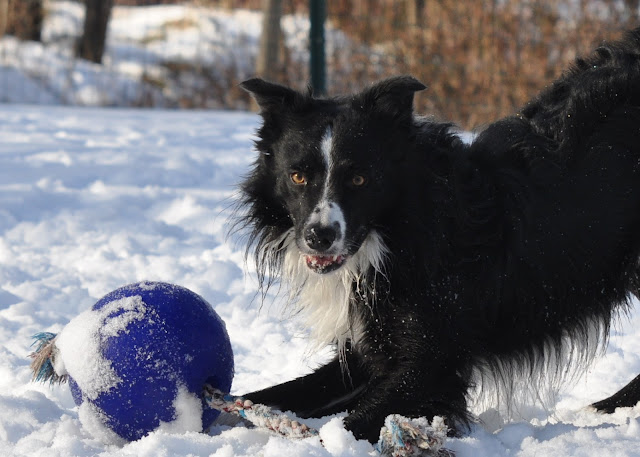 Although I sometimes feel just barely in control of him at trials, he’s far ahead of where Dare was at this stage in her trial career. By comparison, after one season (plus one trial in 2011), he’s already got more than half the points that Dare has earned in five trial seasons. That’s just one measure of progress, but again, it’s encouraging to me. I continue to try to improve as a handler, and although I still (often!) make stupid novice mistakes, I feel that I’m getting better. Slowly. 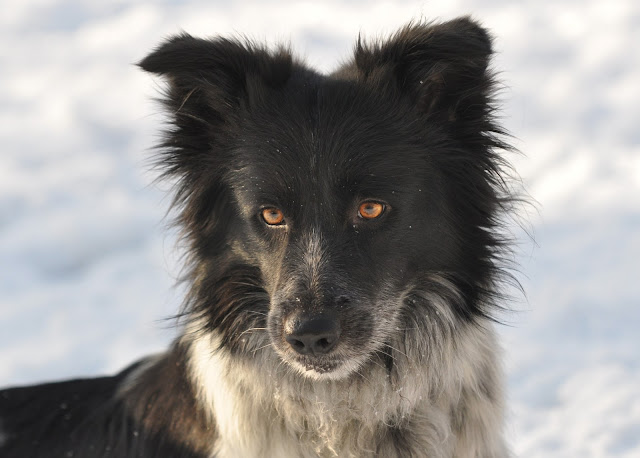 After I had struggled with the decision over what was right to do with Bran, I thought maybe the right thing for me as a handler would be to buy a trained dog. While the other three had been sent out to trainers for several months, they were still essentially just “started” dogs when they came home. Between my lack of mileage and my limited access to sheep, it’s been very difficult for me not only to maintain these young dogs at the level of training they had when they came home, but to actually move forward from there. I enjoy the journey and just working with the dogs, but it’s also true that feeling like I’m not making progress is very discouraging. For example, doing turnbacks with Dare at home is one thing, but running sheep into fences at trials shows me that she’s just not solid. So trying to become a better handler when I don’t feel like I can count on my dog 100% has also made it difficult for me to work on myself as a handler. I quietly mentioned to somebody that I’d be interested in a trained dog, if one fitting most of my criteria came along. A month or two later, I was sent a video of Dot. She was moving along at quite a rapid pace, and she was younger than what I had in mind as a “solid” dog that I could depend on to help me. She’s actually a month younger than Seamus, and I thought to myself, “I’ve already got a fast-moving two-year-old, what do I need another one for?” so I passed on her at that time. About half a year later, a new video of Dot was sent to me, and that got my attention. After probably driving her owner nuts with my many questions (I always have questions, and lots of them!) Dot arrived in New Jersey near the end of July last year. She has been absolutely lovely to work, and all I’d hoped for. She seemed to connect with and feel comfortable with me right away, although the working side of the relationship takes more time to develop. The first time I worked her, a few days after her arrival, my instructor suggested that if she worked just as nice a few days later, perhaps I’d want to enter her in a trial coming up that weekend. She was very good for me, and we were able to get in to the trial, so I ran her after having her just a week and having only worked her twice. It was also my first time ever to the post in Pro-Novice. On our first run on Saturday, we had a bit of a false start; she seemed to get startled by something happening up in the set-out pens just as she passed them, and she turned around and started back. I was able to get her turned around and engaged, but her lift was very slow. Ultimately, we timed out on the drive leg. The next day, we completed the course, and on top of that we even did well enough to place 9th out of 33 dogs. I was ecstatic that she was so willing to work with me so soon! 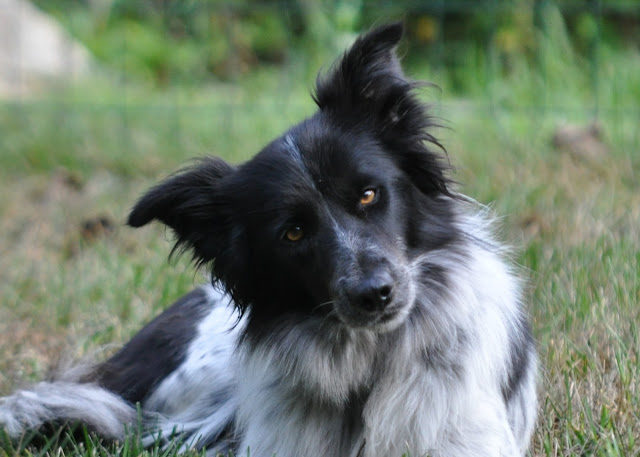 There’ve been a few challenges with Dot, as well. She’s less social than my other dogs, and I need to keep in mind that she is not comfortable with strangers. I hope that in time, she will feel more at ease. She also had odd movement that resulted in her not being worked for three or four months while we worked on her with cold laser therapy, underwater treadmill sessions to strengthen and condition her, and chiropractic visits. All xrays and exams have come up negative, and the chiropractor seems to be helping, so I am going to continue that with her on a monthly basis for now. She is cleared to work and hopefully the better weather and longer days will enable me to get her more fit, which should help a lot.

I’m really looking forward to doing more with the dogs—all four of them—now that we’re back on Daylight Saving time and the weather is finally getting better. We’ll be heading to several training clinics and trials this season. I can’t wait to visit with our sheepdogging buddies! 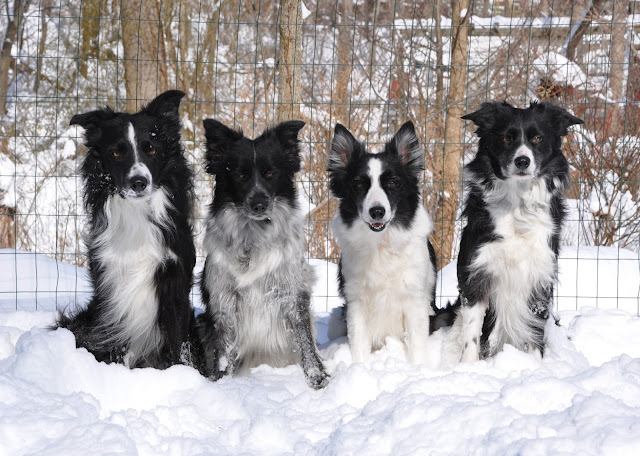