Cabin Fever: Looking Ahead to 2014 Trials and Clinics

It’s been a rough winter, weather-wise. We’ve had a lot of snow, and lots of very cold weather. We are finally starting to see a few days in a row above freezing here and there, but I still have several inches of snow covering my yard. The semi-melting and re-freezing is making the condition of the snow risky for the dogs to romp and play, as it tends to either have a crust on top that gives way suddenly, risking pulled muscles, or it’s just plain frozen and slippery as ice. So, the poor dogs have spent much of the winter indoors. I failed in my responsibility as the Food Police and didn’t cut back on their food to account for their drop in activity level, so now they are all on diets.

We’ve had a few warmish days this week and although the snow crust was still collapsing randomly under the weight of the dogs, they really needed to get out, so we took advantage of some late afternoon sun. Yay for Daylight Saving Time!

Clinic and trial season starts soon, and it looks like it will be wheels off right through July! Early season plans begin with a Jack Knox clinic in Leesburg, Virginia, followed the next weekend by a Kathy Knox clinic in Chestertown, Maryland. Traditionally my first trial of the season has been on Mother’s Day at Dave Fetterman's Borders on Paradise in Pennsylvania, but the Open trial has become very popular and this year Dave expanded the Open and Nursery trials to three days with no Novice classes. I’m really excited that he’s now offering a two-day Novice trial now, Bobtail, which will be May 24-25. I’m looking forward to supporting it! Denise Leonard is working on plans for weekend at her place in early May, which will be a clinic on Saturday and a trial on Sunday. There are some other trials on NEBCA and VBCA calendar which I'd like to attend, though I'm limited by my work schedule, as I work approximately every fourth weekend. And of course, the biggest limiting factor is finances. As much as I'd like to, I just can't do them all.

For now, backyard photos of the girls will have to do.

Dare turned nine years old in January. It seems as though I've gotten a million photos just like this one of her, about half of which are photobombs. 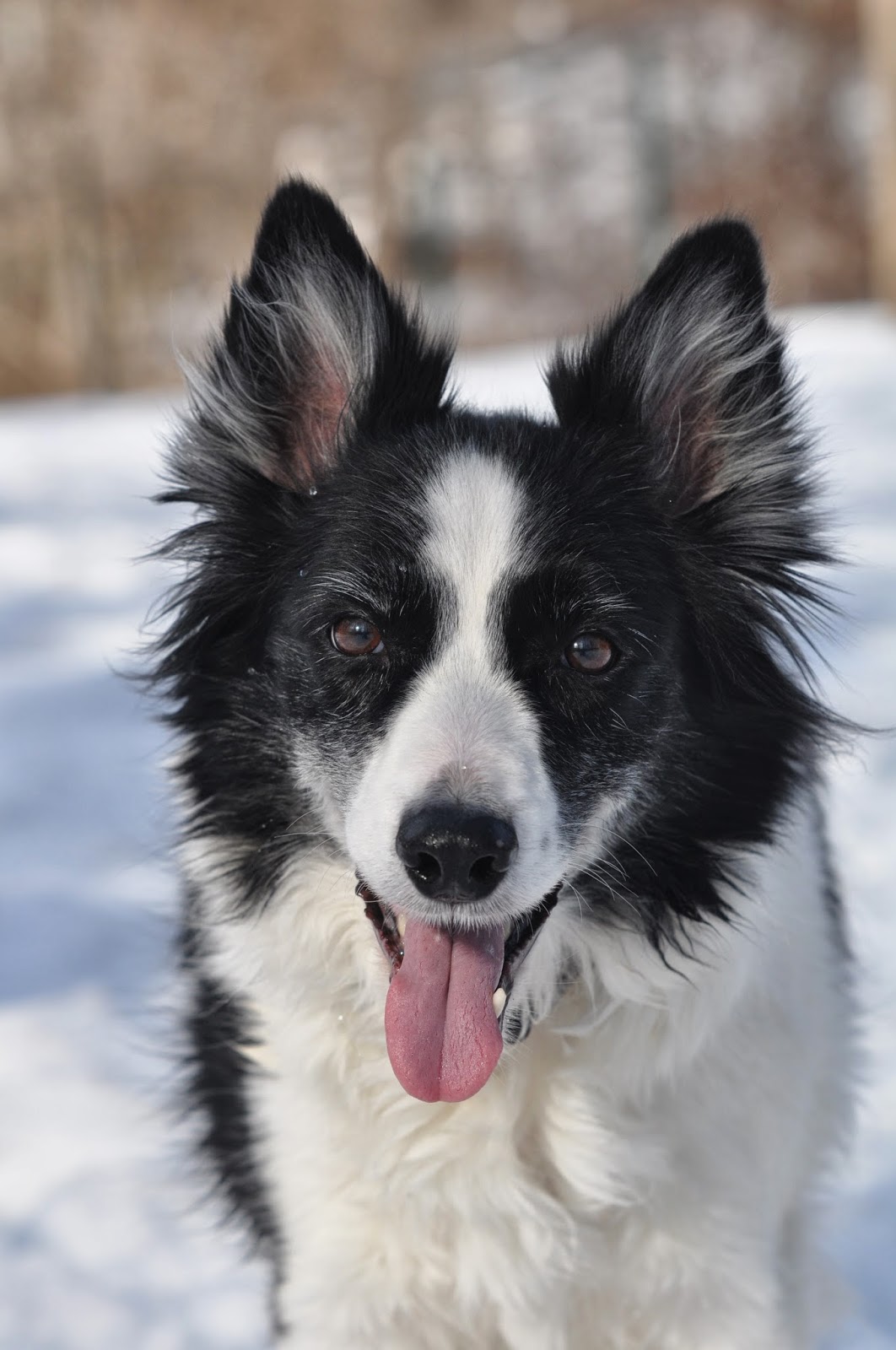 Bran will be six years old in a few days.
Although this shot is blurry, you can easily make out those Fierce Fangs... 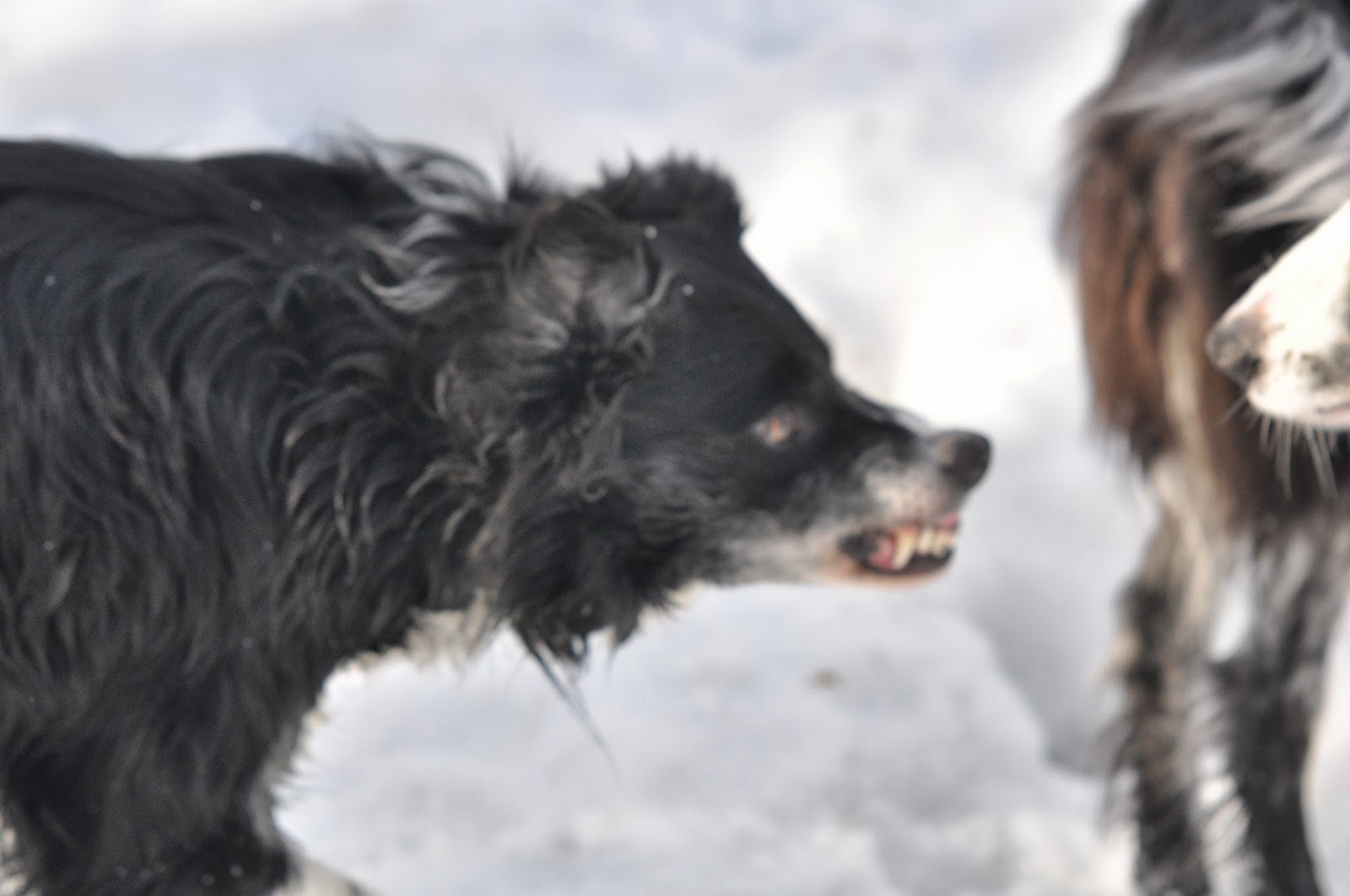 ...followed by some Stink Eye.
"I SAID I don't feel like playing right now!" 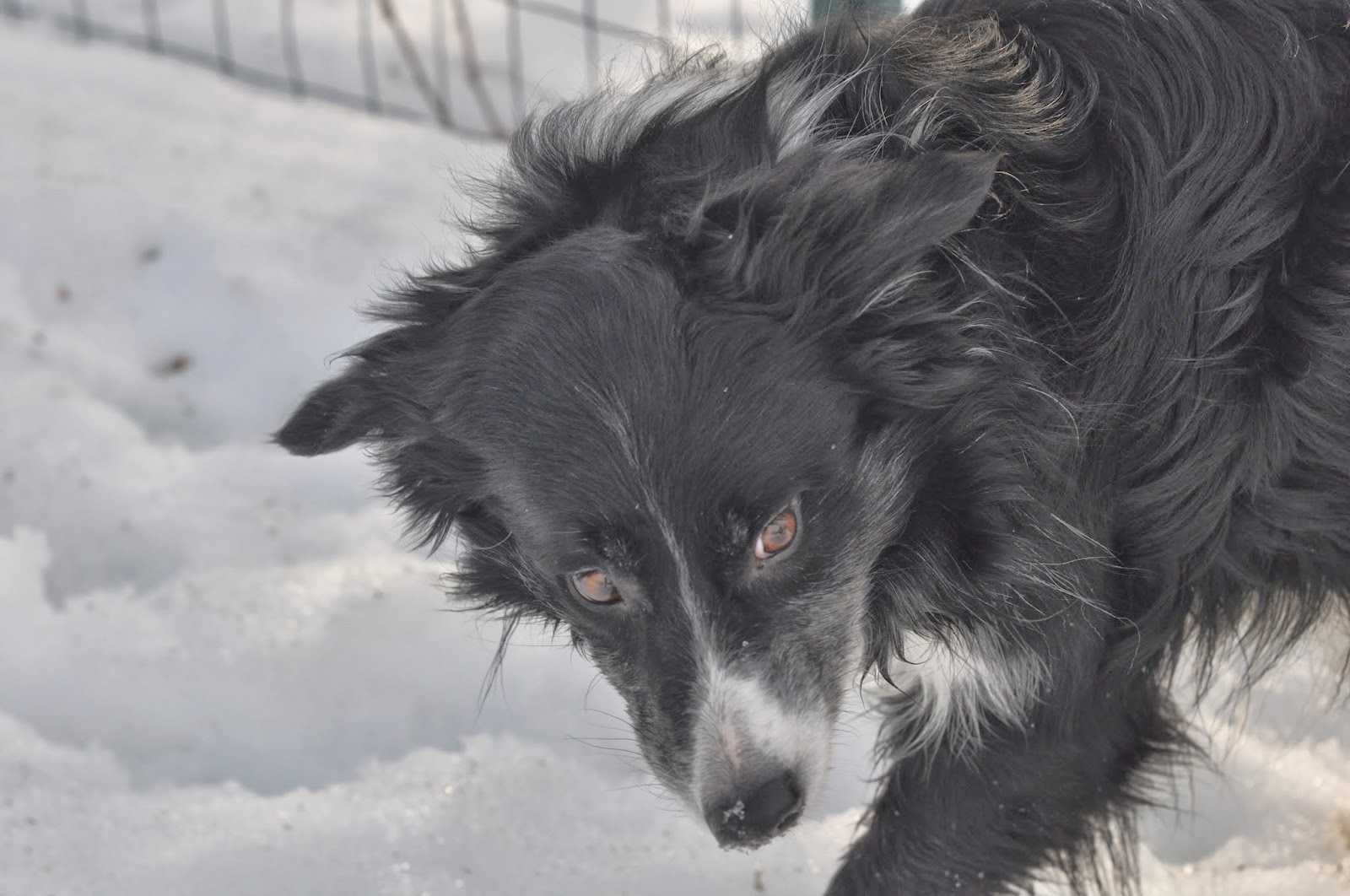 Dot had a birthday in January, too. She turned four. Isn't she a lovely girl? 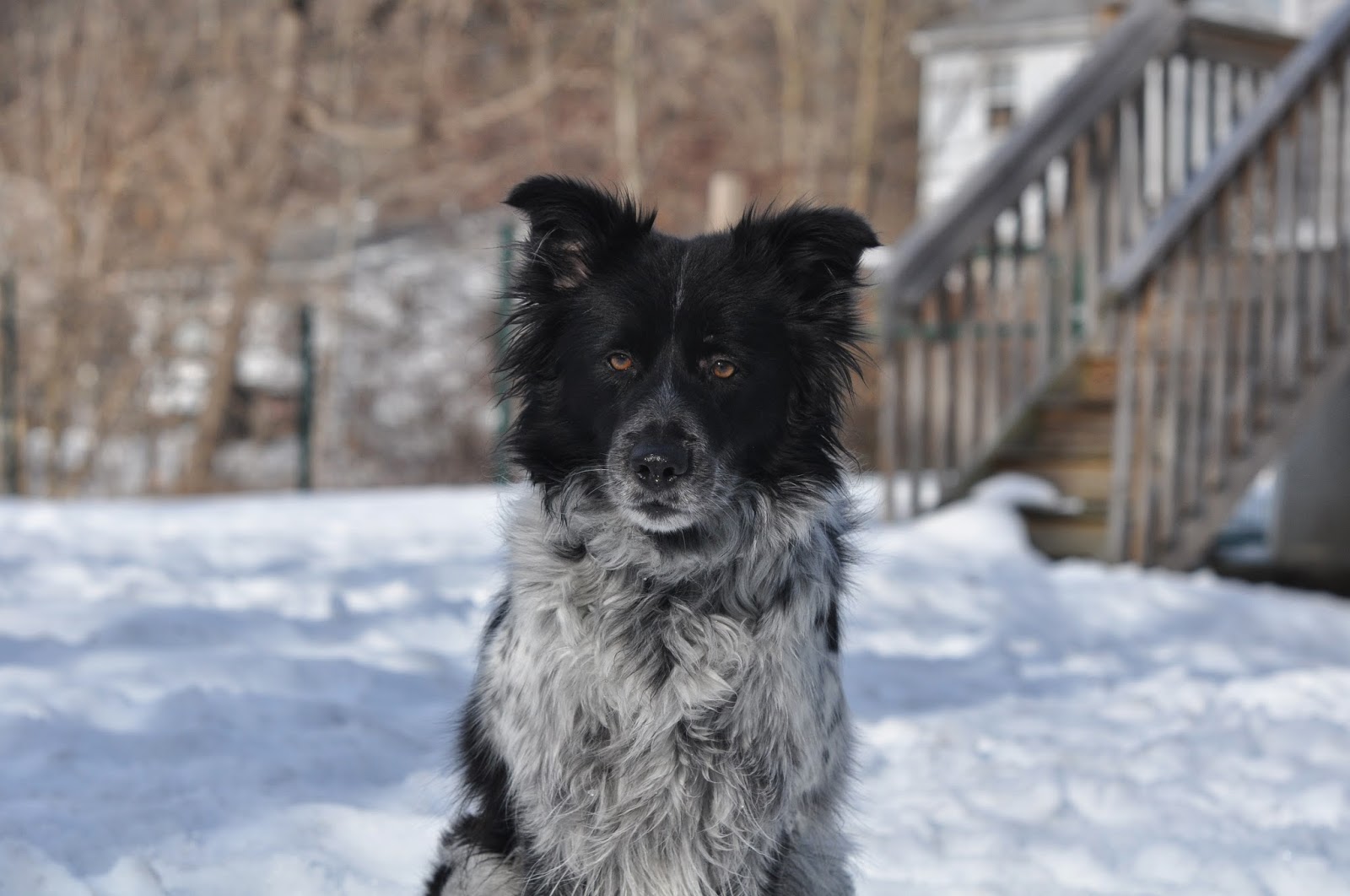 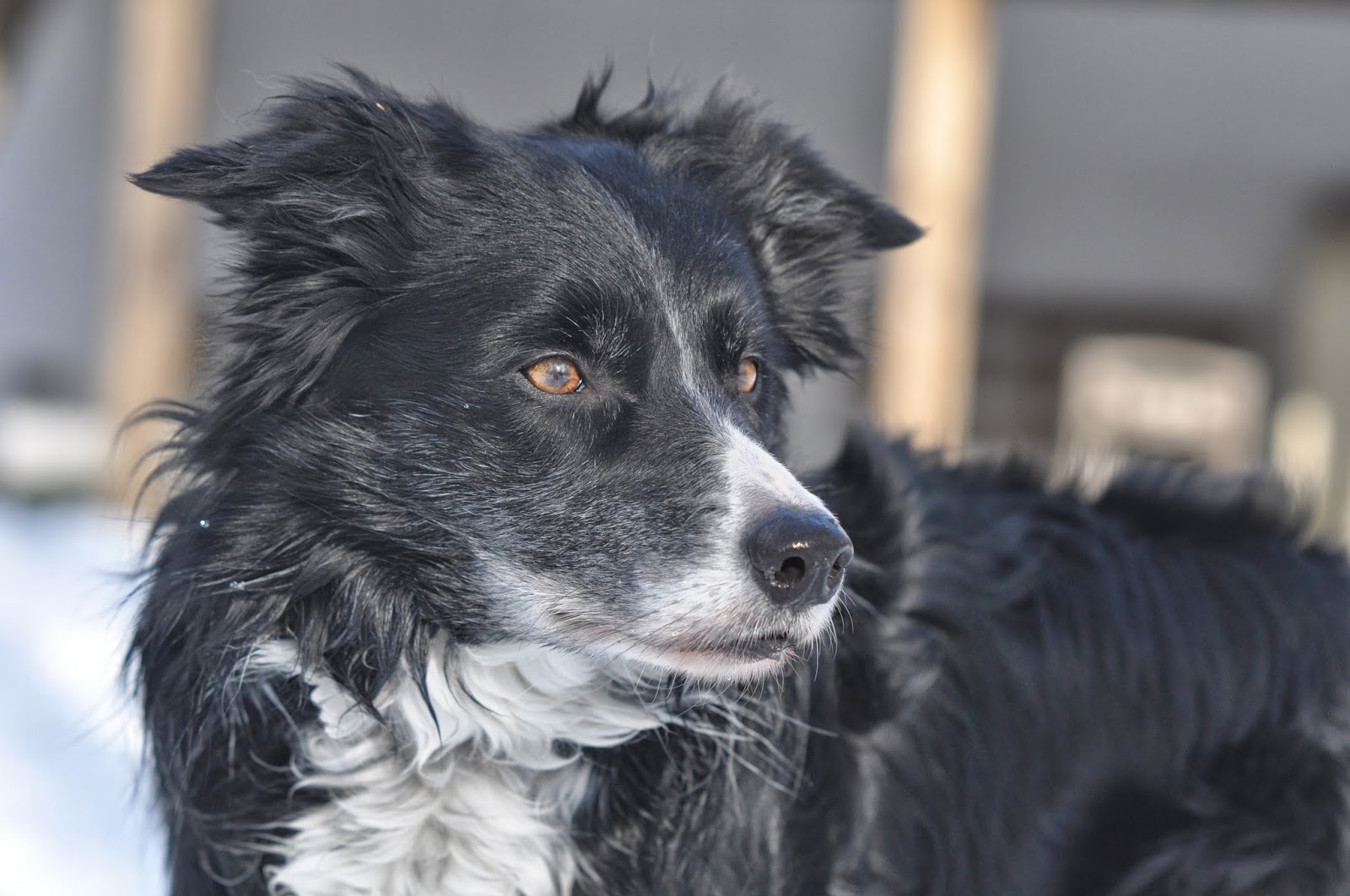 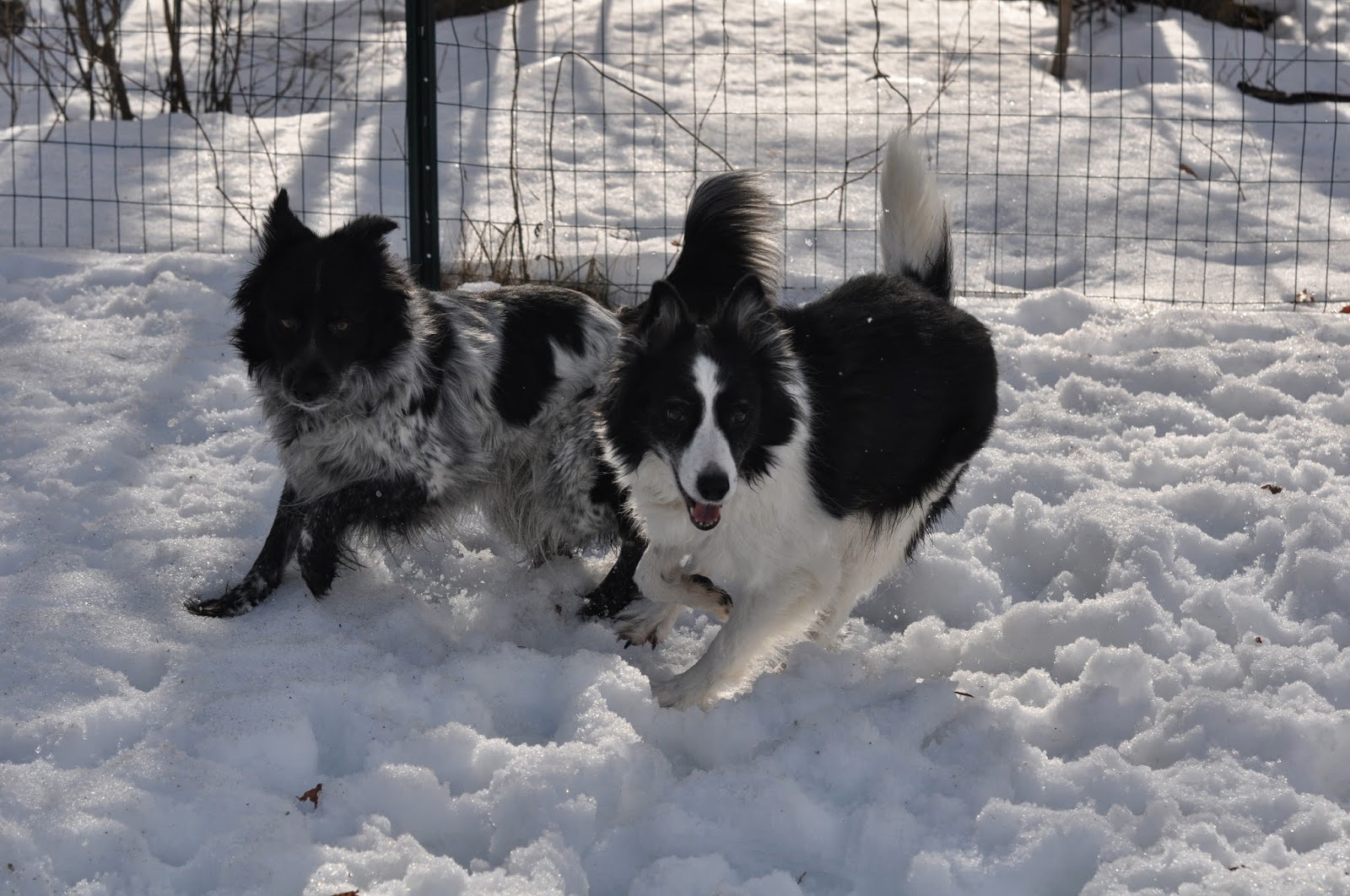 Dot. And Dare. J
See what I mean? Bet I got a few dozen Dare photobombing just this day alone. 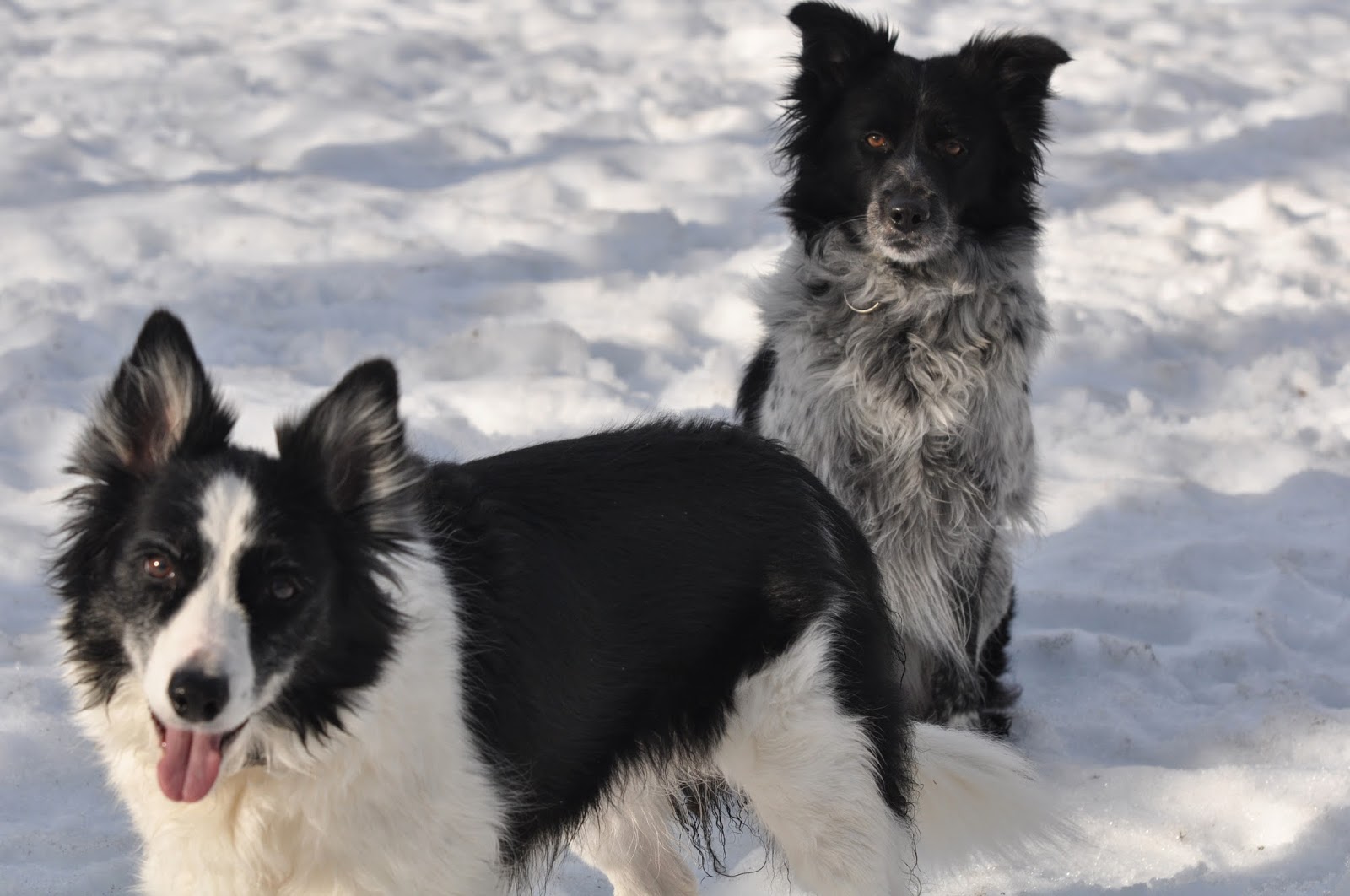 There was a squirrel once, and it could reappear at any moment! 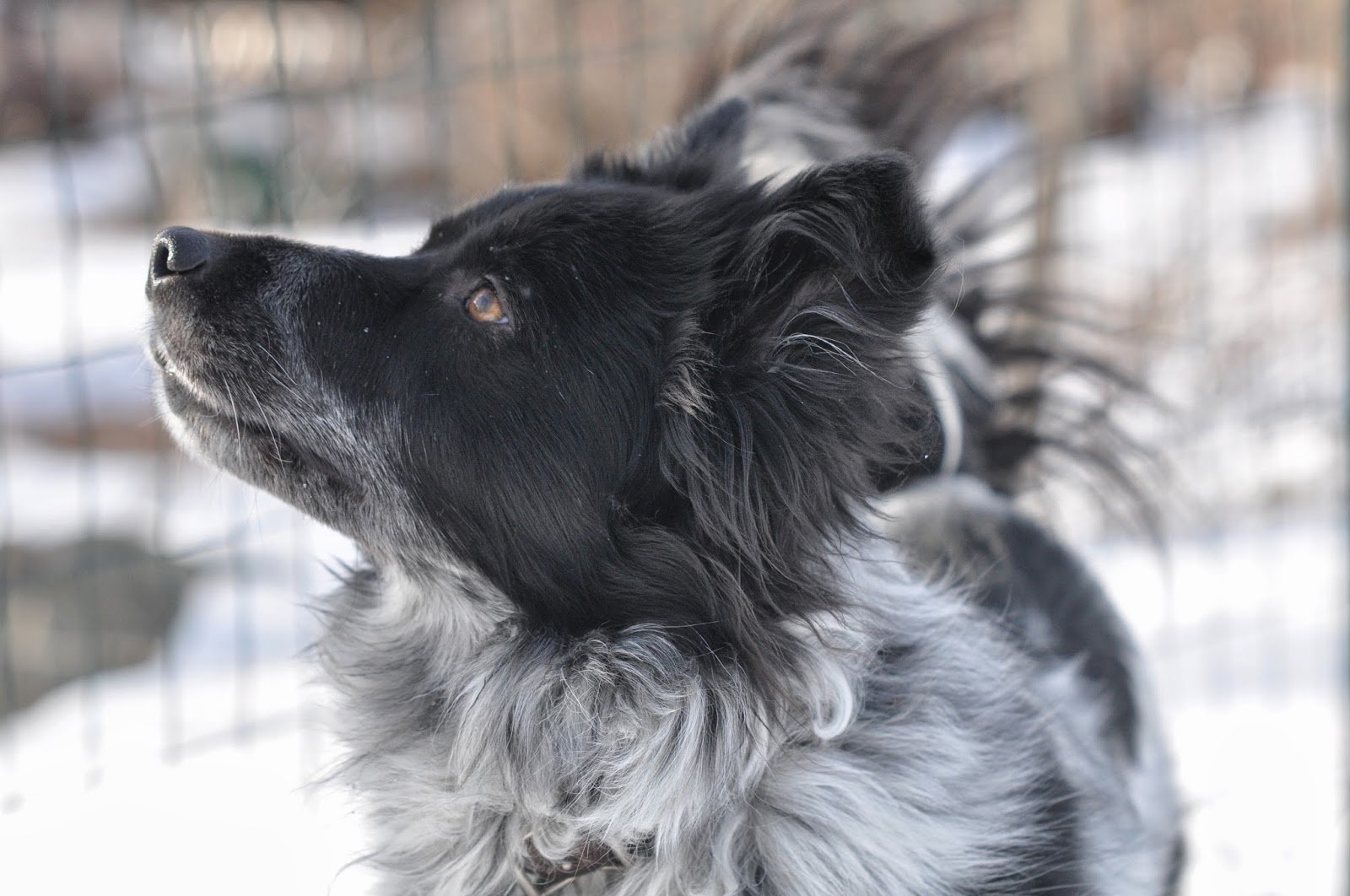 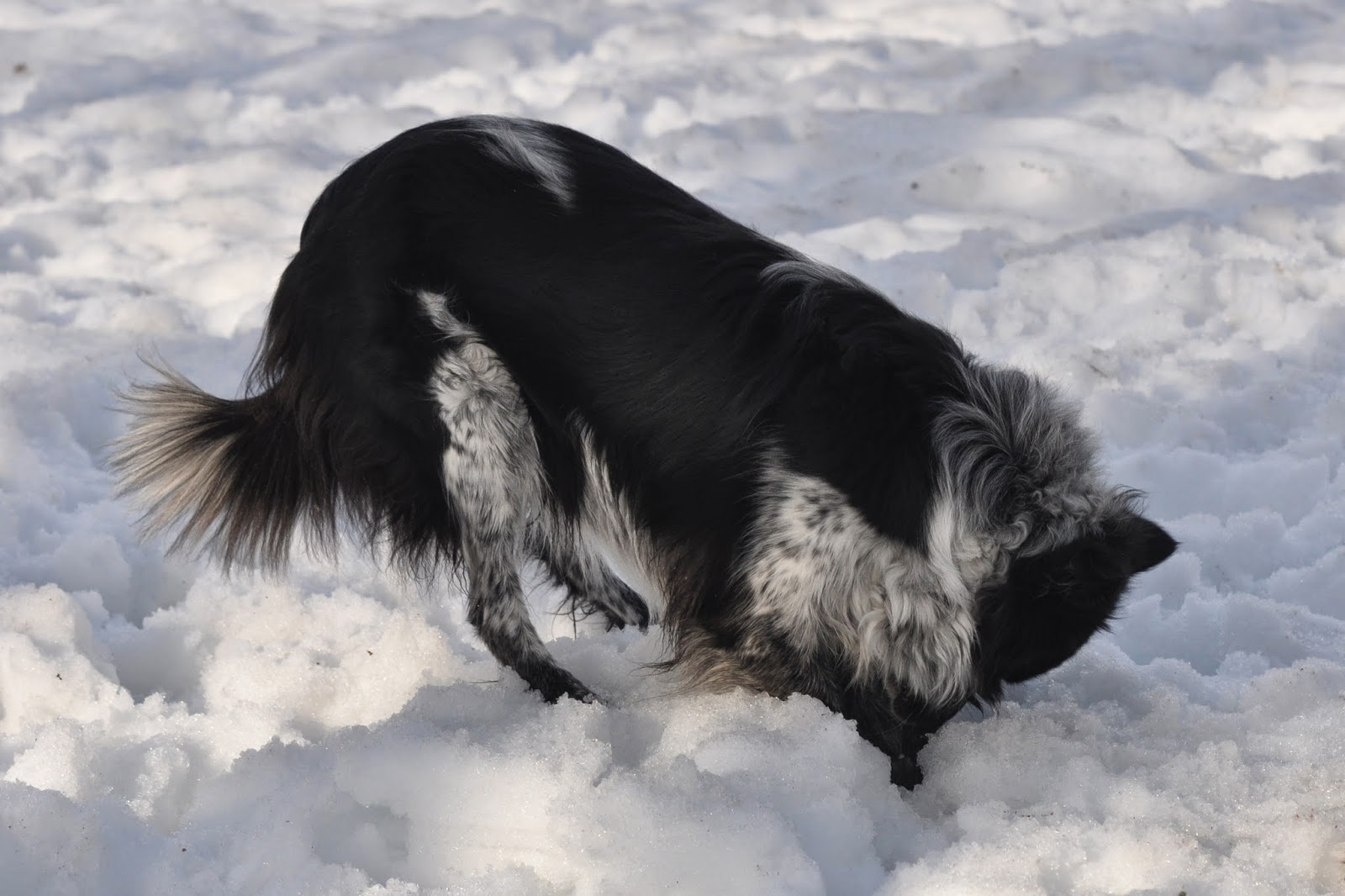 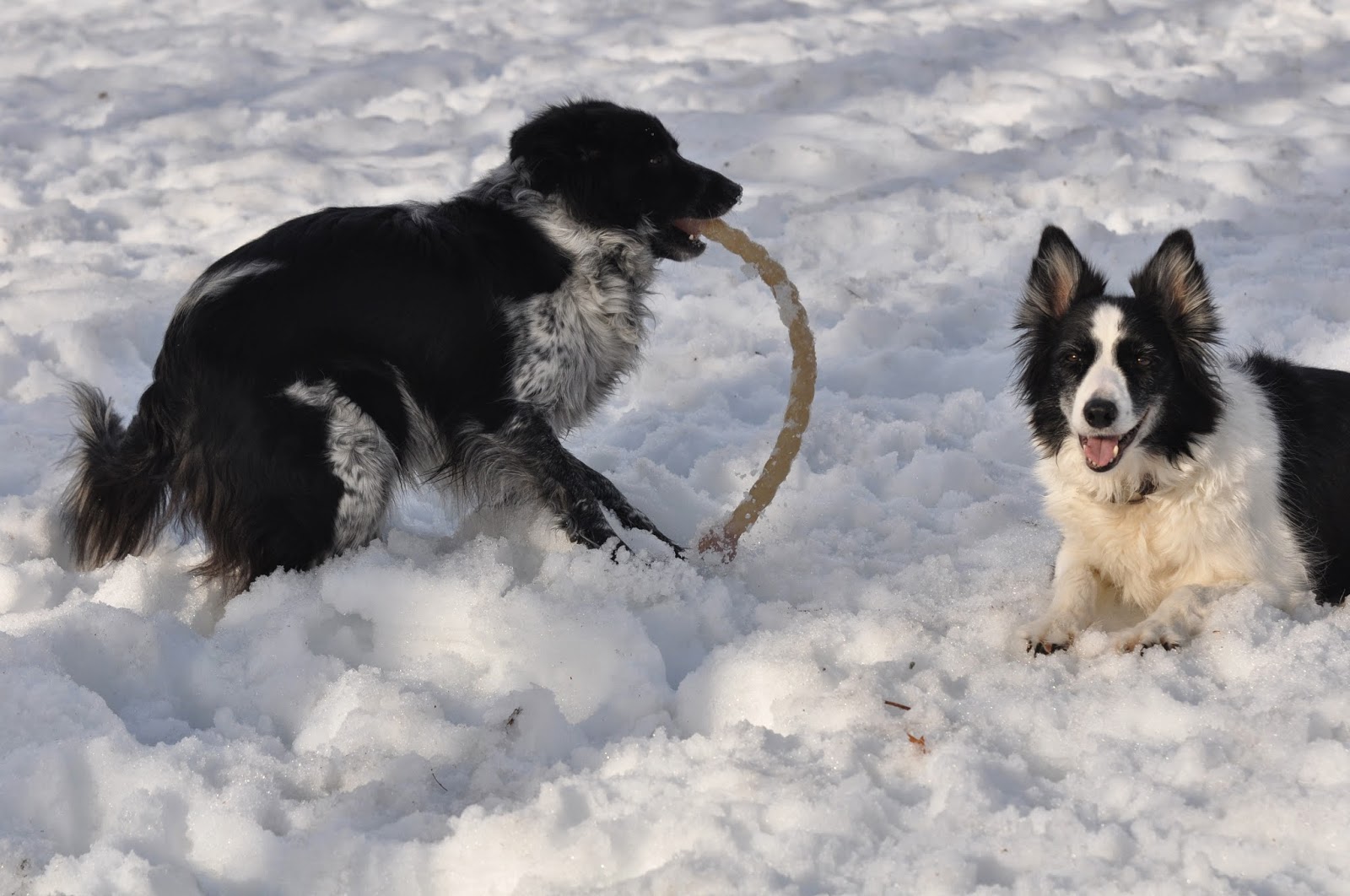 Dare not staring at me. 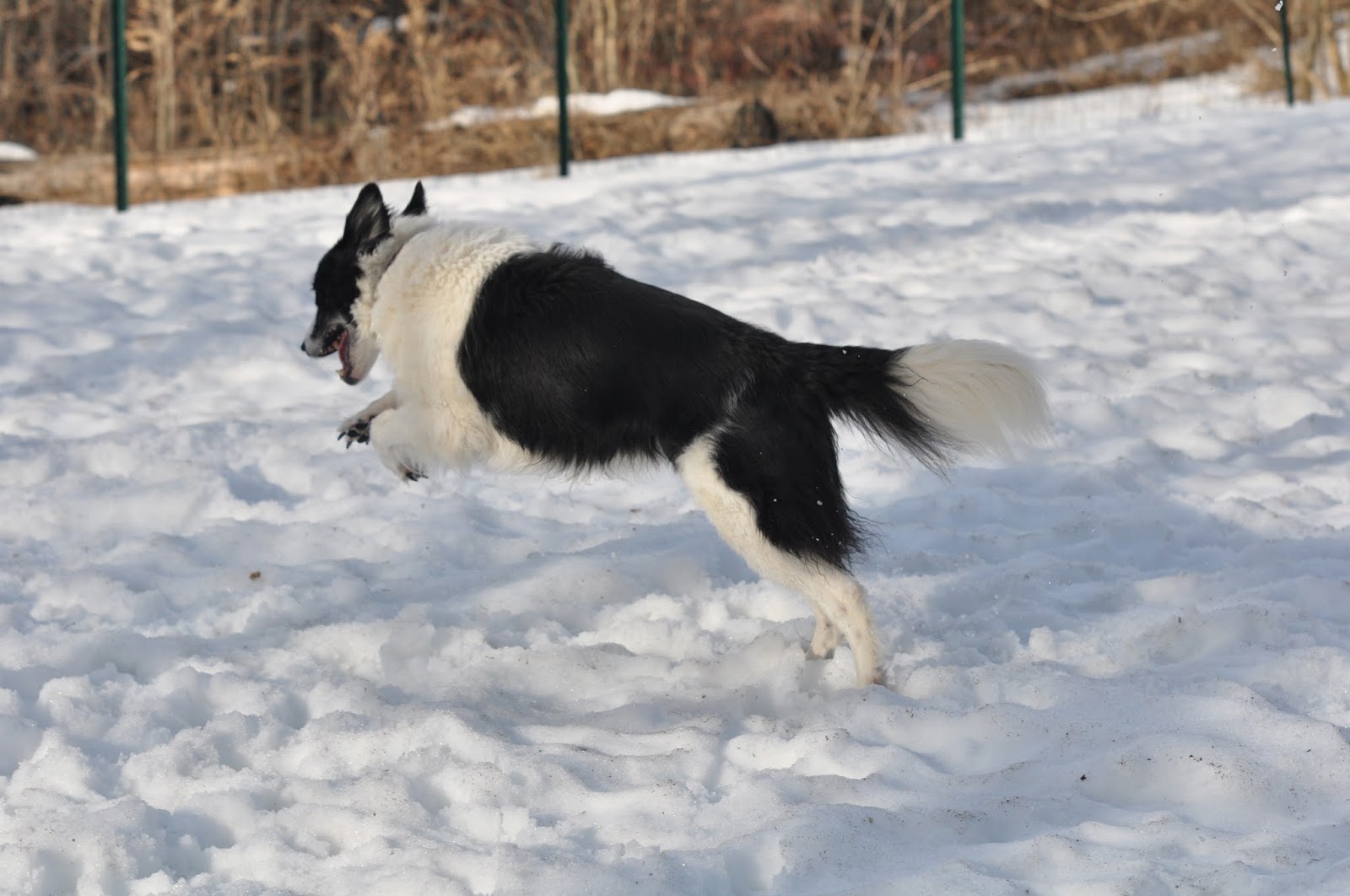 It looks like a spectacular wreck, but Dottie is actually making snow angels. J 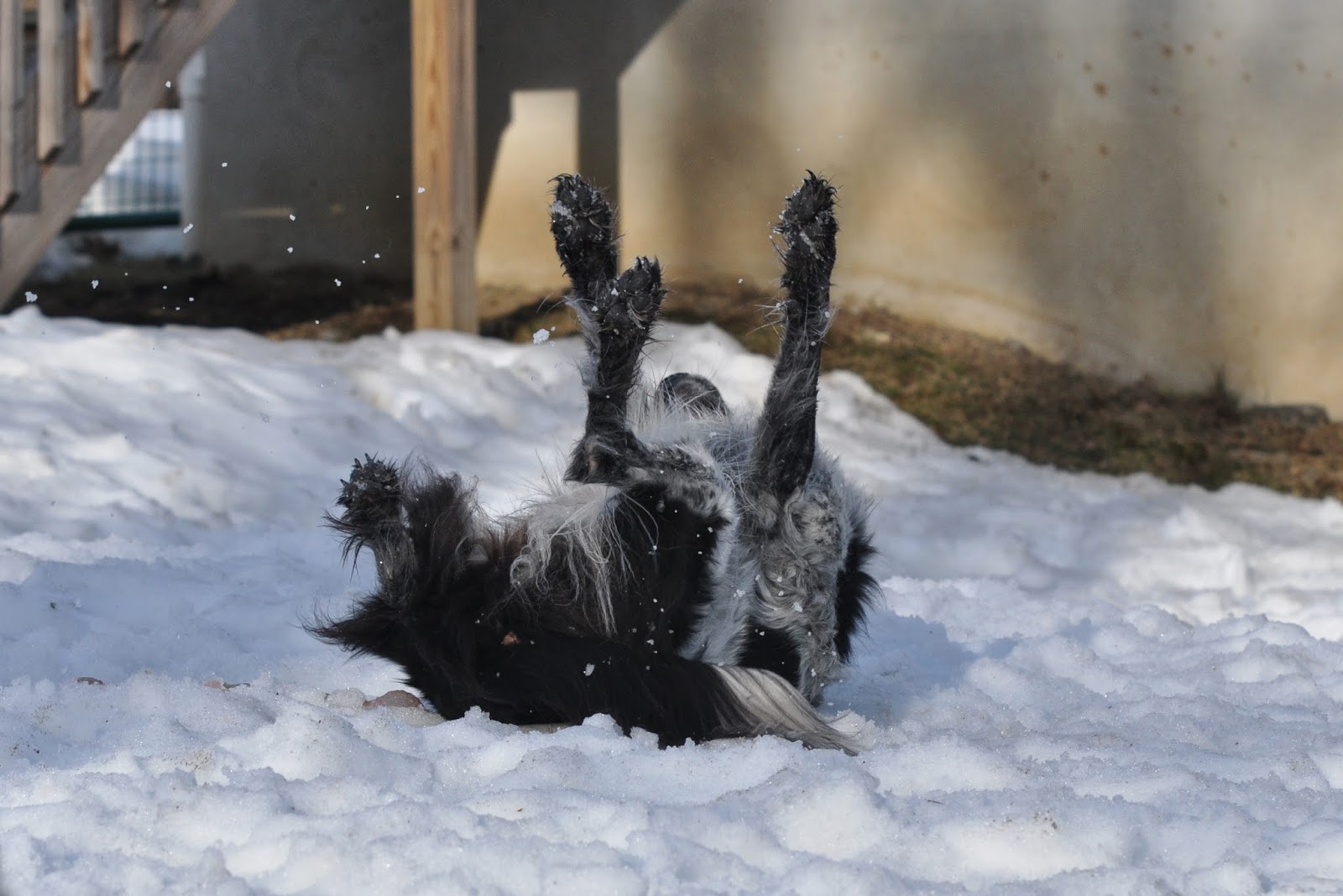 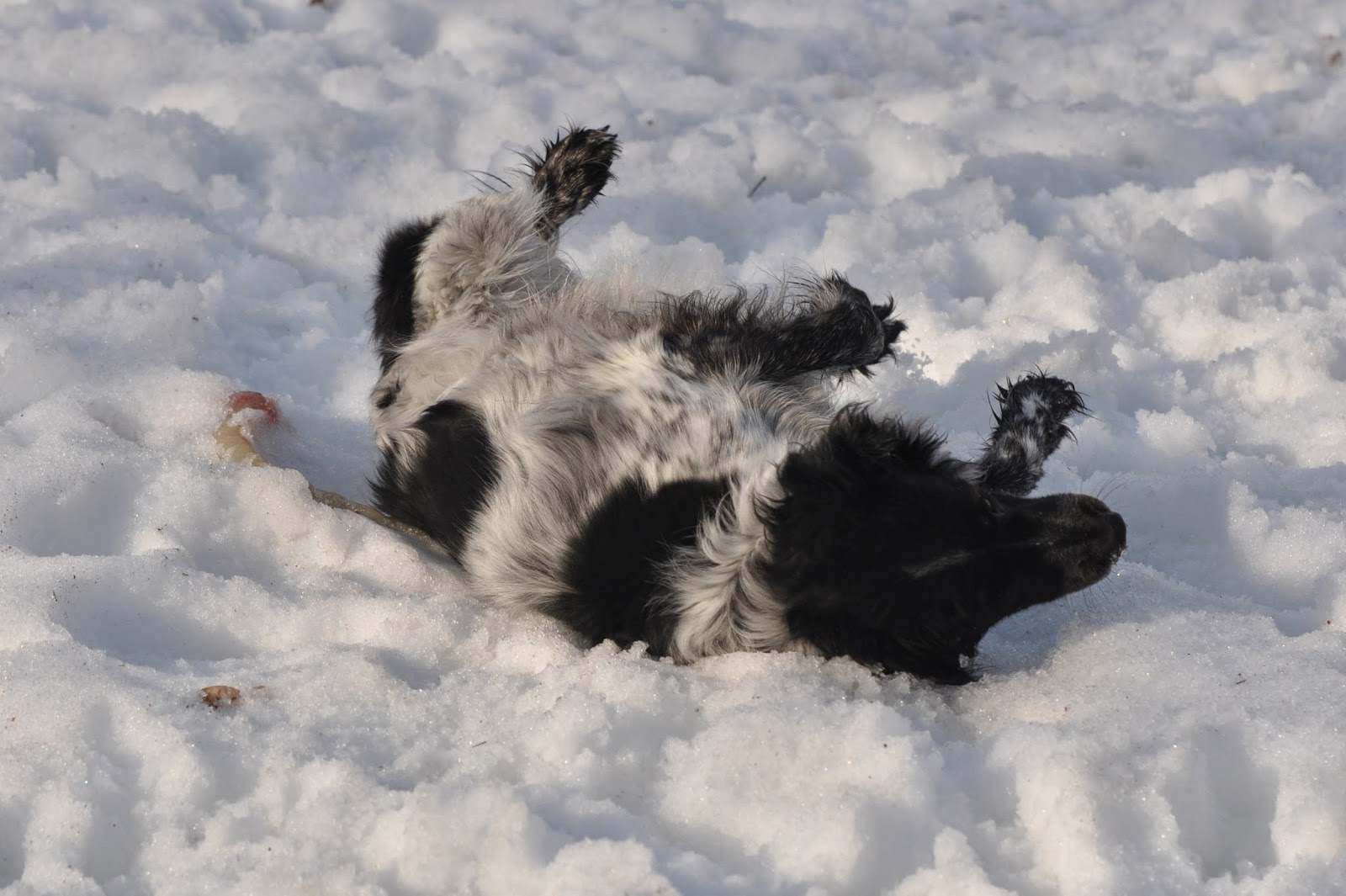 I have a bone, and I'm gonna hang on to it with all my teeth and toes! 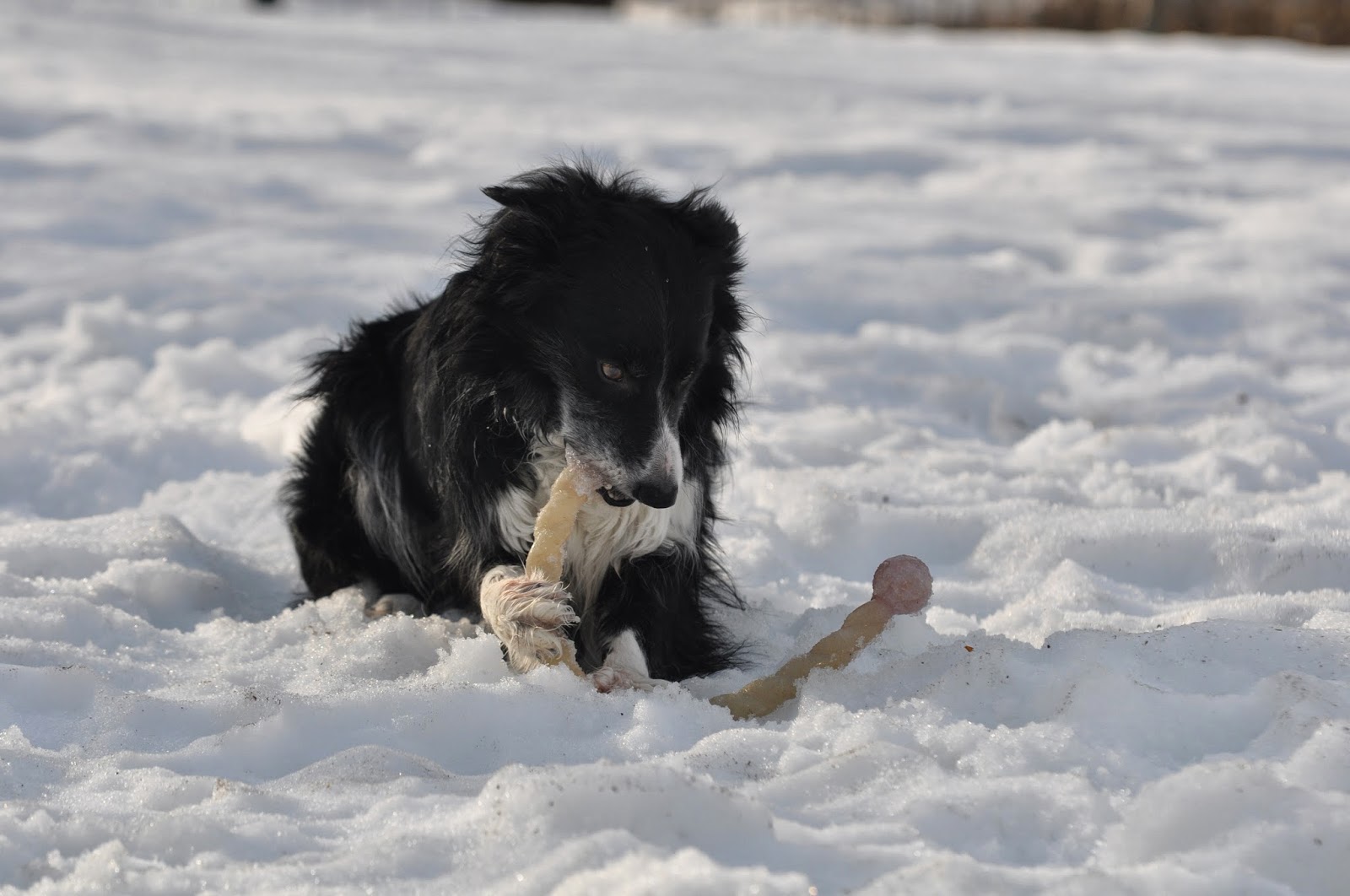 A case of the zoomies! 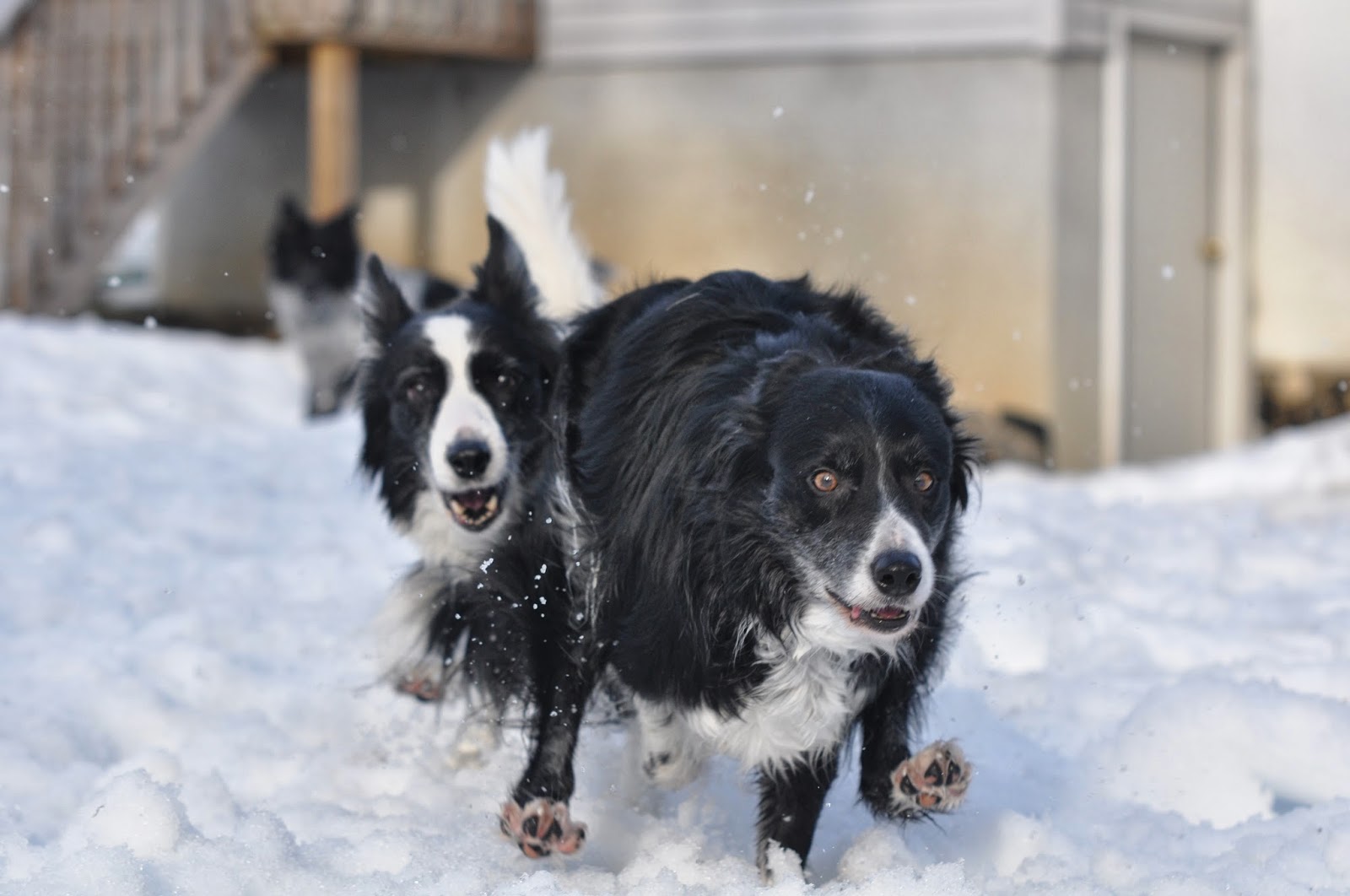 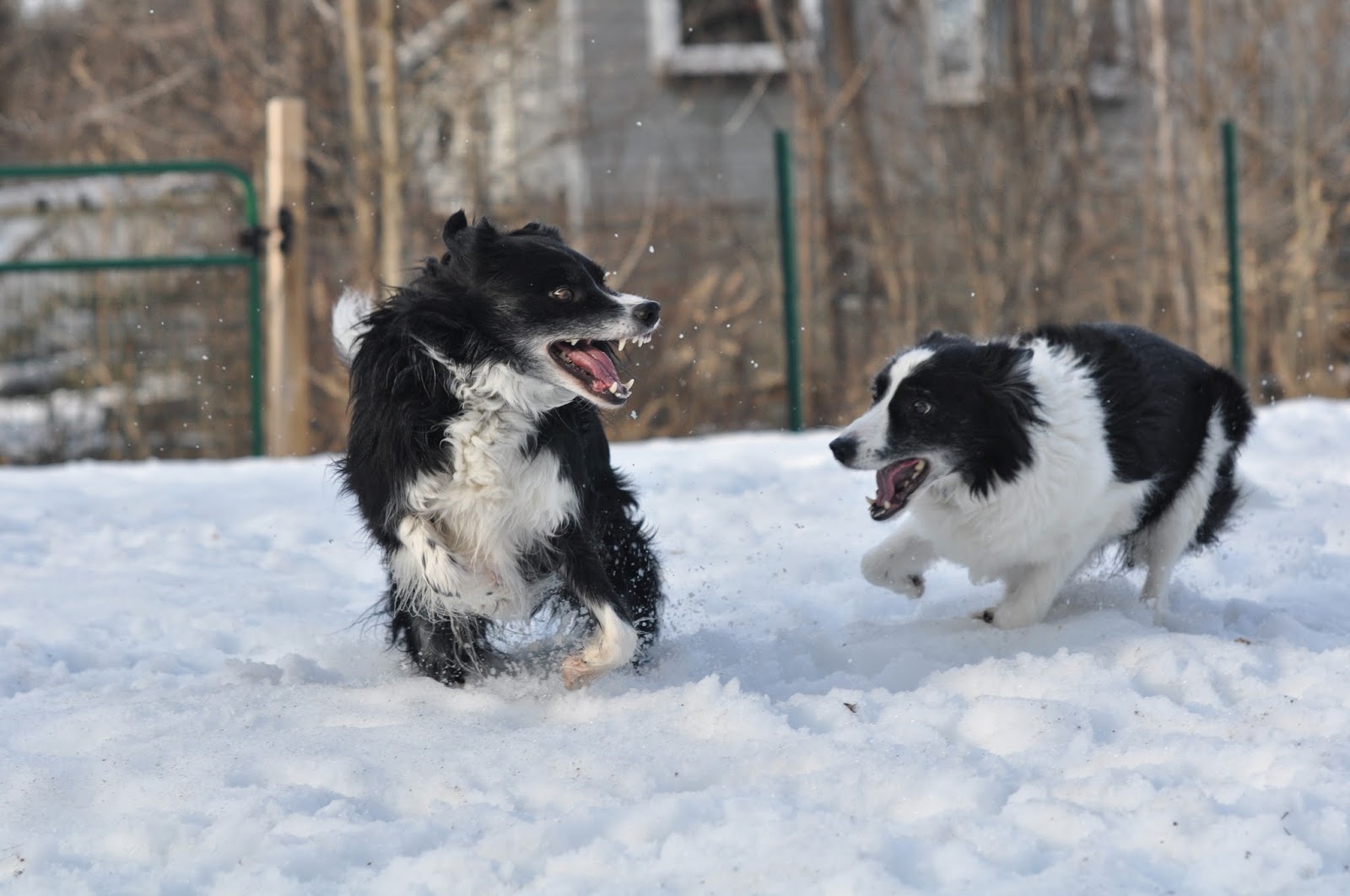 Dot sticking her head in a hole, just in case she missed anything when she pulled out the first toy. 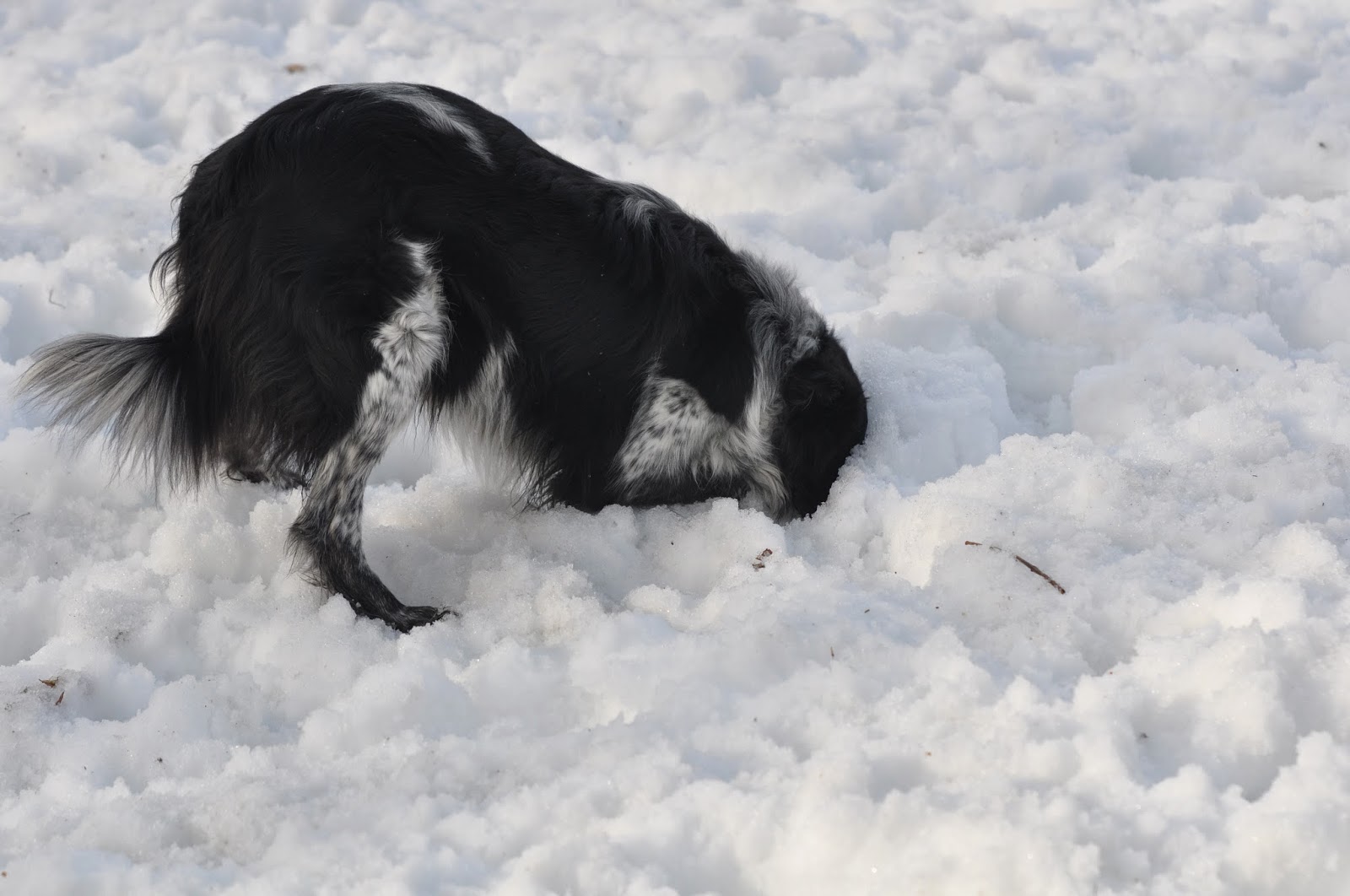 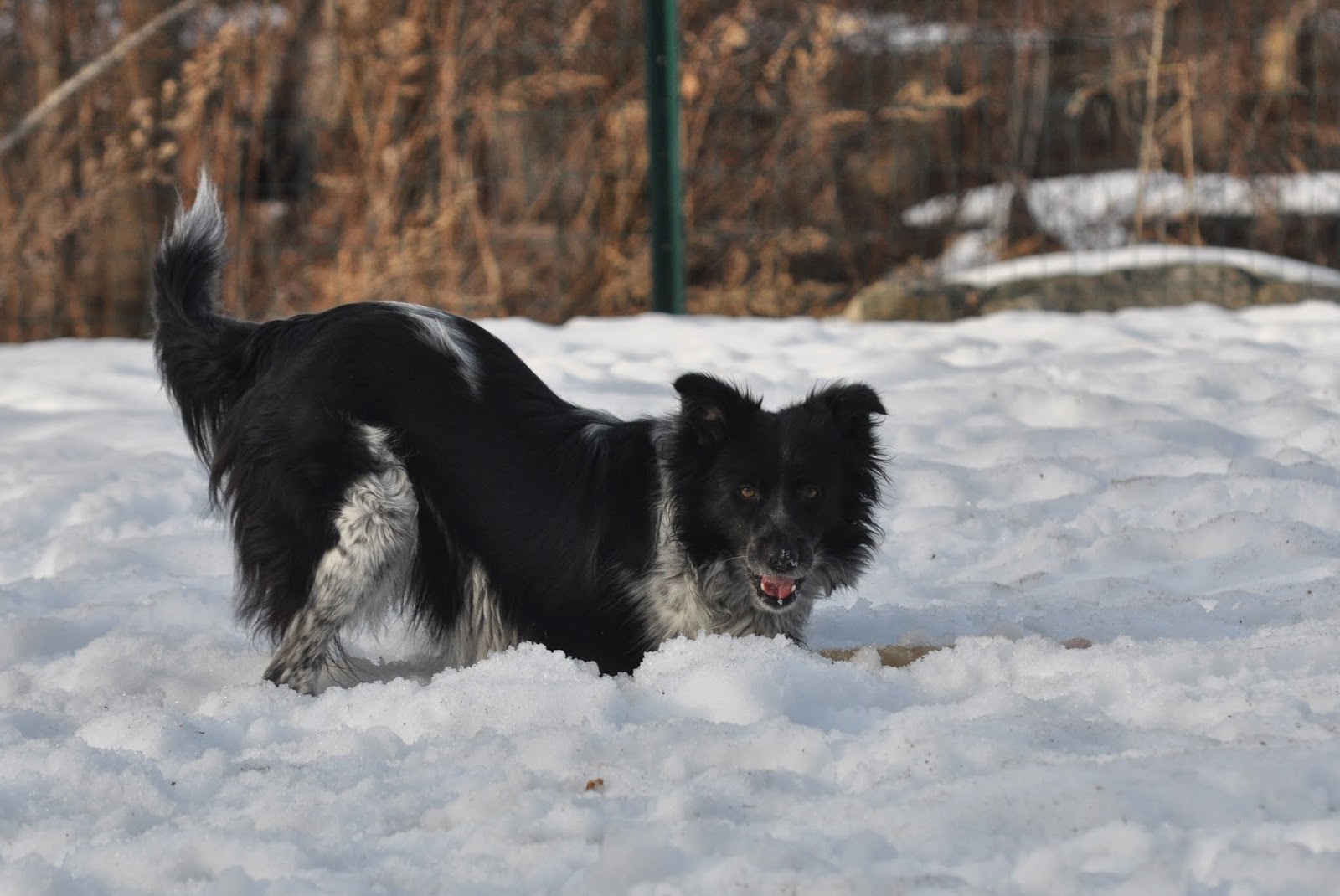 Branwenn deliberating on whether she can snatch the boney away from Dot. 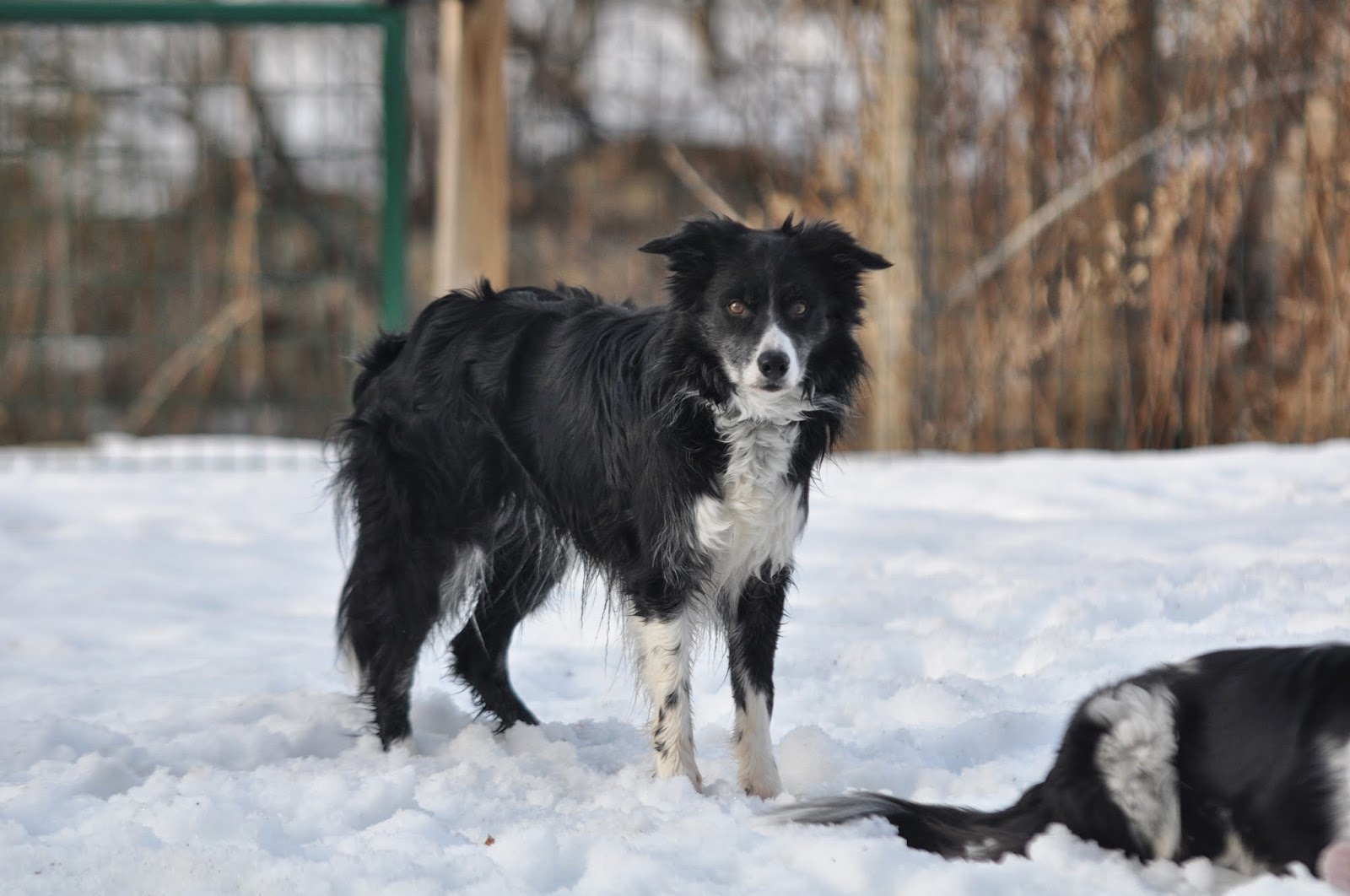 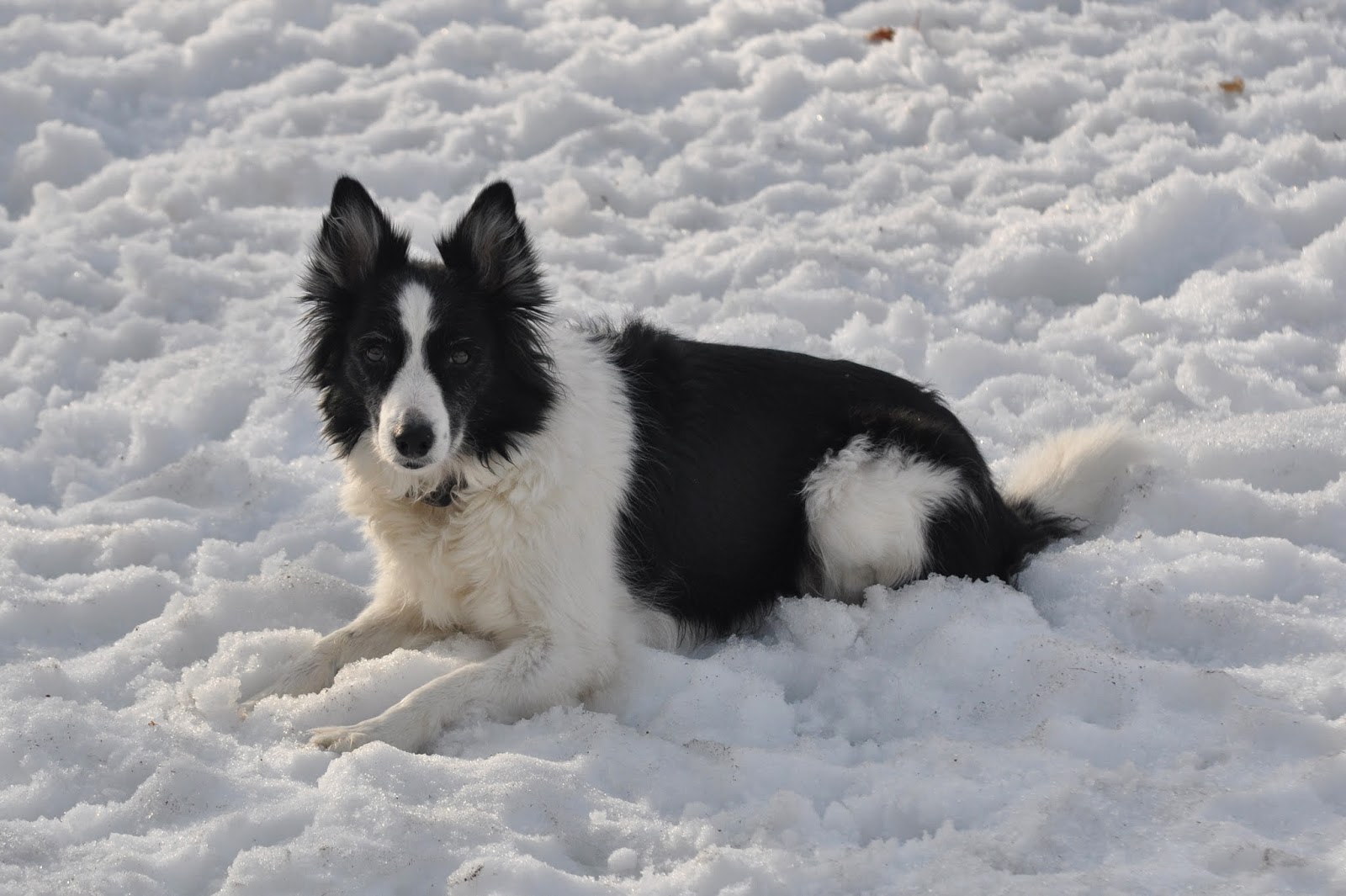 Trying to get it away from Bran. 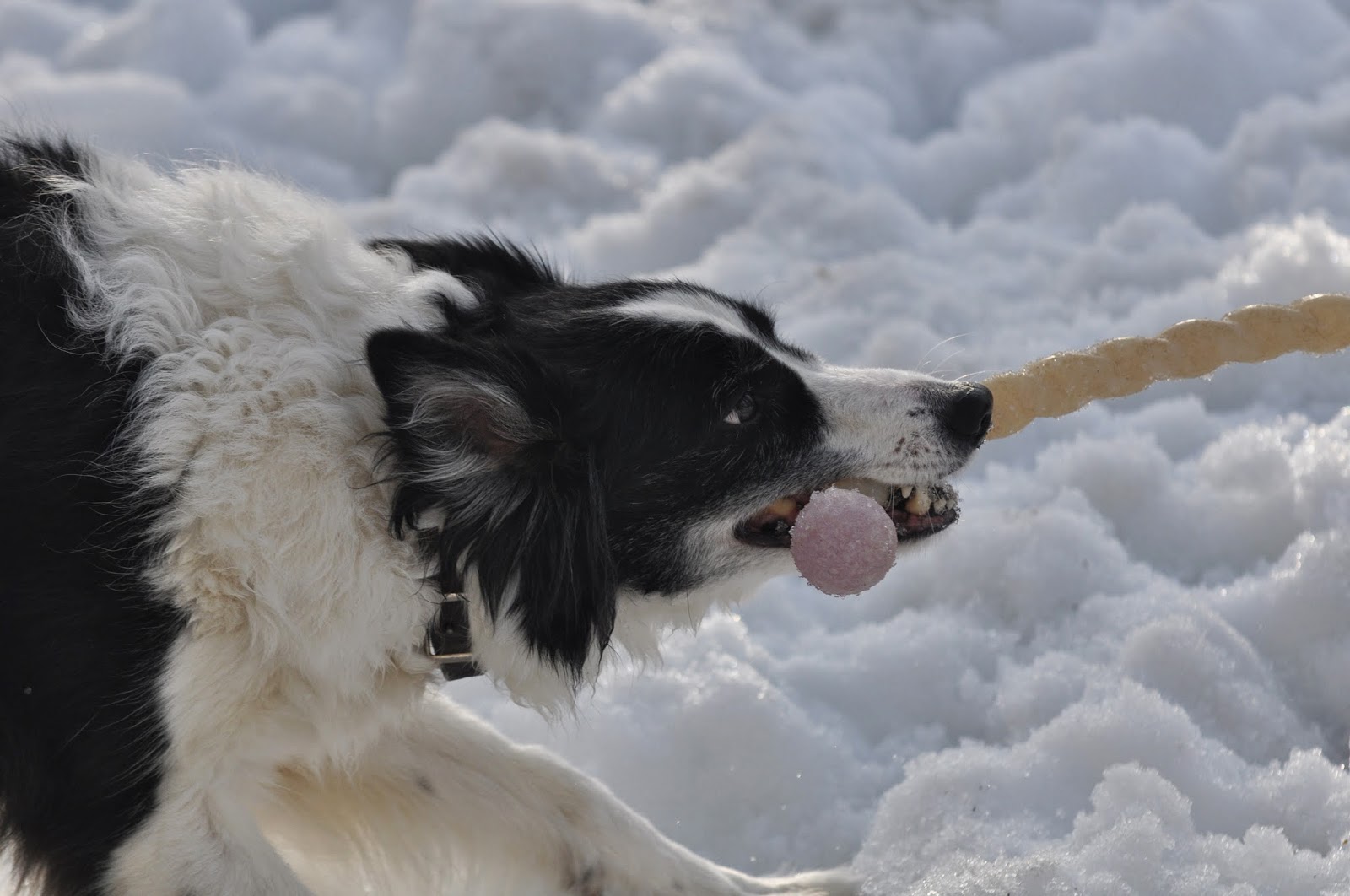 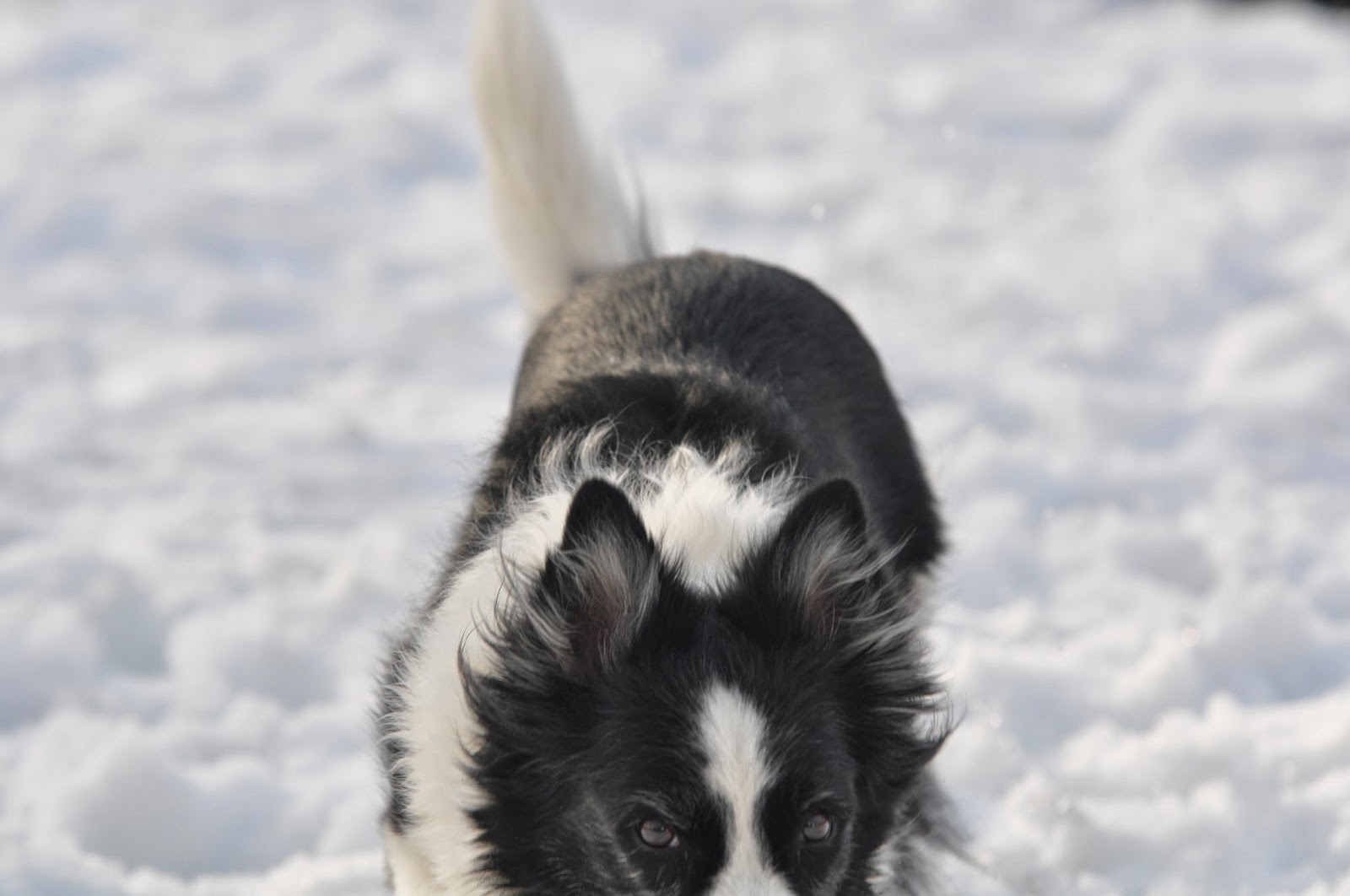 Posted by Kelliwic at 14:26 No comments: