Our first trial, Borders on Paradise, is three weeks away. I’ve entered Dare and Seamus in Novice-Novice, and Dot in Pro-Novice. Time to tidy up stops and flanks as much as I can. Now that we’re back on Daylight Saving time, we are able to work twice a week. We recently attended a couple of clinics, which were well-timed to give me a bit of concentrated work on the dogs two weekends in a row, then a few weeks of our regular lessons to continue building on the clinic work. The first clinic was with Jack Knox, in Leesburg, Virginia. 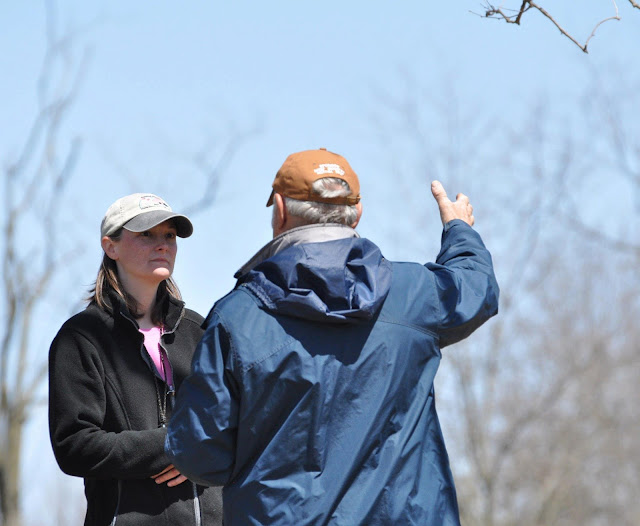 I had one working spot for this clinic, but it was a three day clinic so I worked Seamus two days and Dot one day. There are plenty of things for me to work on with Seamus, but I think many of these things come down to pace and feeling the sheep. Overall, he did pretty well; he really likes to work for Jack, and Jack speaks softly and gently to him, unless of course, Seamus lets his excitement get to him, and even in that case, Jack doesn’t need to get too hard with him. I wish I could find that “sweet spot” with Seamus, where I’ve got the nice quiet control. Quiet is better for him (as for most dogs), but there are certainly times when he doesn’t take me seriously, and then it begins; the more I escalate things, the faster he goes and the more anxious he gets and tries to “escape” the pressure. Knowing this (a lesson learned almost two years ago when working with his breeder Tina), I try to stay quiet, but he’s got a fine line between respecting commands and building tension under the pressure of corrections required to rein in his enthusiasm. Even so, he really is making progress compared to a year and a half ago. It’s just coming much more slowly than I’d like. The maturity is helping both of us; he can think a bit more, which helps me to stay calmer, which helps him to stay calmer…etc. 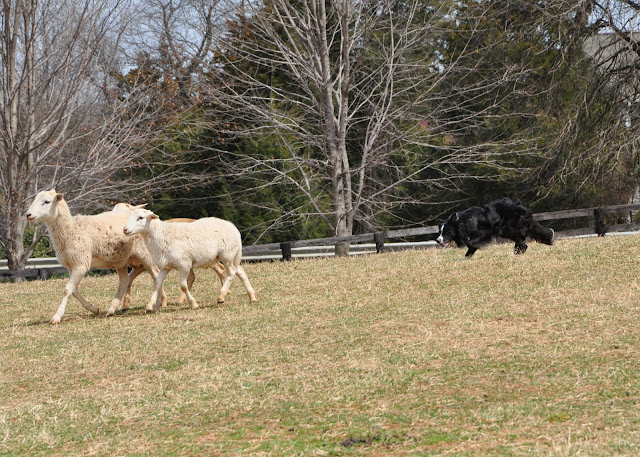 Dot has a tendency of running quite wide on her outruns in the big field at “home,” to the point of being absurdly off-contact from the sheep, so on our first turn at the clinic, I worked her in the largest field to try to demonstrate and get Jack’s input on this. She ran out beautifully; totally appropriately each time, and I was unable to get her to do what I was concerned about. We had a few other smaller things to work on, but no issues with her running too wide. On her next turn I worked her in a smaller field, since there was nothing to be gained by working in the big field. She was just lovely, and Jack seemed to like her quite a bit.

Dot in the big field at the Jack Knox clinic.
Photo (c)Michelle Dobbs. 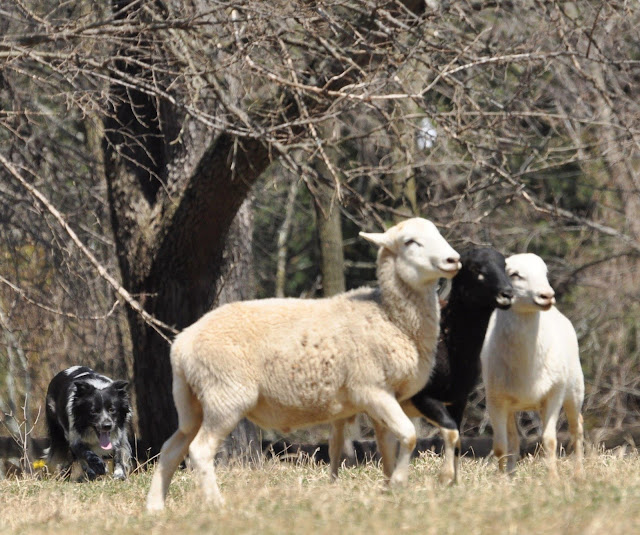 Our second clinic was with Kathy Knox in Chestertown, Maryland. I had two working spots here, so Seamus and Dot both got worked over the three days. Kathy remarked on the progress Seamus has made over the time I’ve been working him, and it’s nice to hear that it’s a noticeable improvement. He worked well and tried hard for me the first two days. The morning of the third day, he was a bit rougher; edgier, as Kathy said. The wheels came off a bit that afternoon, where he just couldn’t seem to listen and hear what I was asking, and he was being naughty. Not to the point of chasing the sheep (at least, not that I remember), but being hard and fast and pushy; not stopping when told, not taking flanks or impulsively taking wrong flanks (or so it seemed). I felt like I had the “old” Seamus back. Kathy and one of the attendees of the clinic, whose handling and input I really respect, thought that it could be the effect of more training pressure than usual in such a short period of time (two clinics on back-to-back weekends); it is something they’ve seen in their own dogs. They felt that that Seamus was anticipating training pressure was coming each time we went to the field. I think this could very possibly the case. Still, I am certain he would do much better if I was able to work him more frequently. If I had my own sheep, he could be worked more frequently, but doing real work without as much training pressure. However, having my own sheep is not going to happen in the foreseeable future, so I’ve just got to muddle along as best as I can. 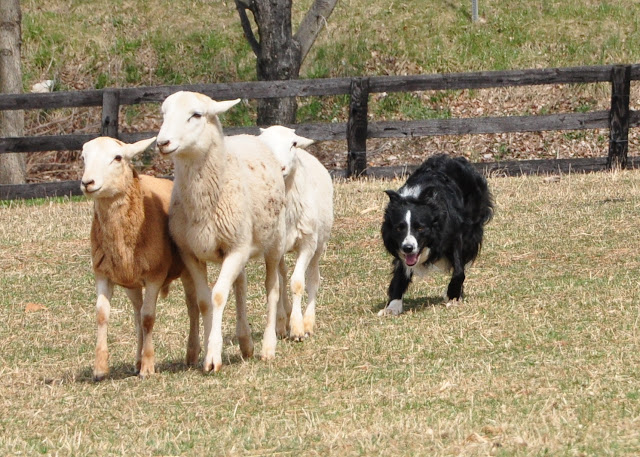 Dot worked very, very nicely for me, and there’s very little to say about it. The main piece of advice was to ensure she’s getting far enough around to cover before her lift, and to steady up the top of her fetch a bit. She generally comes in and lifts nicely, but once they’ve lifted, they come down the fetch quickly, something I’ve not been concerned about because the line is usually good and they aren’t running away, just loping quickly. I also worked at driving and cross-driving, since I have some issues with steering. Dot does everything I ask and this makes my handling errors glaringly obvious. We set out some cones in a rectangle and I stood in the middle and drove her around in both directions. We were also near enough to the holding pens and the other sheep to create a strong draw, which helped make the driving more challenging for me when they were headed in that direction. Kathy liked Dot and thinks she’s a good match for me. I totally agree! 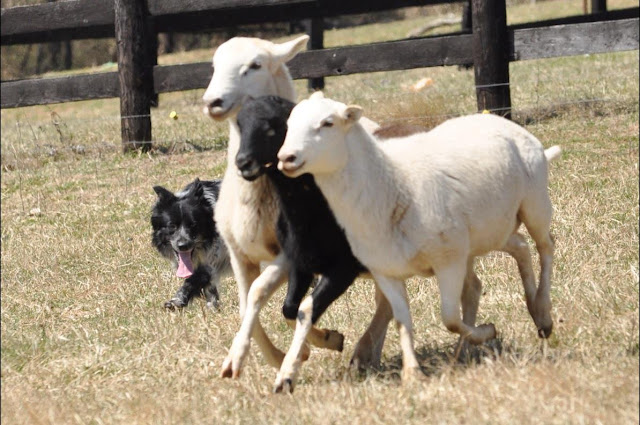 There’s one more opportunity for us to tune up before the trial, as there is a nearby fun run trial on May 4. I was planning to enter Dot, Seamus, and Dare, but something has come up at work, and I now may have to work that weekend. I’d be disappointed if I couldn’t make the fun run, but not everything in my life revolves around the dogs. My niece and goddaughter’s First Communion is on May 5 and I may have to miss that, which would be much more disappointing than missing the fun run. Hopefully things will work out.
Posted by Kelliwic at 09:48 No comments: